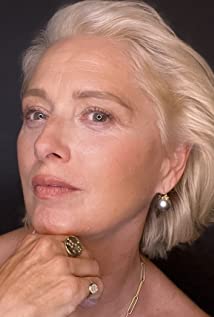 Actress, former ballet dancer and choreographer Katherine LaNasa was born in New Orleans, Louisiana and originally trained as a ballet dancer, but had attended the North Carolina School of Arts, in Winston-Salem, North Carolina, as well as the Neighbourhood Playhouse in New York. In 1989, she married Dennis Hopper, with whom she had a son, Henry Hopper (aka Henry Lee Hopper). They were later divorced in 1992. In 1998, she married French Stewart.LaNasa appeared in several movies and television series in the 1990s and, in 2001, received a lead role in the NBC sitcom, Three Sisters (2001), which was canceled after two seasons. She also starred in the short-lived TV series, Love Monkey (2006) and 12 Miles of Bad Road (2007) and, in 2012, starred in NBC drama series, "Deception", as glamorous and powerful socialite "Sophia Bowers". Her notable film credits include Alfie (2004), Valentine's Day (2010), Jayne Mansfield's Car (2012), The Campaign (2012) and The Frozen Ground (2013).