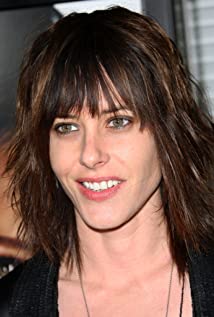 Born on December 29, 1977 in Philadelphia, Pennsylvania, US as Katherine Sian Moennig, she is an American actress and producer, best known for the role of Shane McCutcheon in The L Word (2004). Her father was William H. Moennig III and her mother was Mary Zahn, a Broadway dancer. She is of Irish and German ancestry. At 18 she moved to New York City, where she studied at the American Academy of Dramatic Arts. In 2000 she got her first TV role as Jacqueline 'Jake' Pratt in Young Americans (2000). From 2004 to 2009 she played the iconic role of Shane McCutcheon in "The L Word". 2006 marked her Off-Broadway debut in "Guardians", in which he played opposite Lee Pace. From 2013 to she played an assistant to the eponymous character in Ray Donovan (2013). In 2019 she came back to the role of Shane in The L Word: Generation Q (2019). She's been married to a Brazilian film director and musician Ana Rezende since 2017.