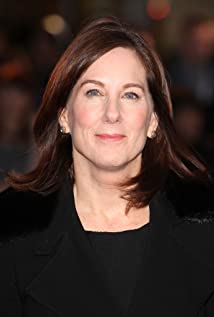 Kathleen Kennedy worked in San Diego local television before moving to Los Angeles, where she was hired by Steven Spielberg as a secretary on the production of 1941 (1979). Both later reported that she was lacking as a typist but had good production ideas. She was an associate to Mr. Spielberg on Raiders of the Lost Ark (1981) and associate producer on his production of Poltergeist (1982). In 1981, she co-founded Amblin Entertainment with Spielberg and her future husband Frank Marshall. At Amblin, she collaborated with directors such as Martin Scorsese, Robert Zemeckis, Barry Levinson and Clint Eastwood.Kennedy founded The Kennedy/Marshall Company with her husband in 1993. She would serve as executive producer for Spielberg's Jurassic Park (1993) and Schindler's List (1993), and producer of War of the Worlds (2005) and the Best Picture-nominated Munich (2005).Her career would take a turn to a galaxy far, far away when she was named co-chair of Lucasfilm Ltd. alongside George Lucas. With the sale of Lucasfilm to Disney, she was promoted to Lucasfilm president. She has spearheaded every major Star Wars film project since then, including assembling a creative team for Star Wars: Episode VII - The Force Awakens (2015) and its sequels, as well as successful spin-offs such as Rogue One: A Star Wars Story (2016).