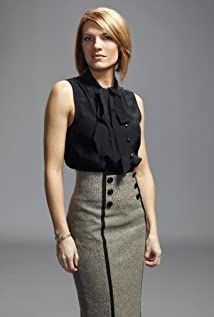 Kathleen Rose Perkins grew up in New Baltimore, Michigan, a small town 40 miles north of Detroit. The sister of four older brothers, she enjoyed her alone time making up plays and putting them on for people in the neighborhood. This inevitably led to a high school career in which she was very involved with the school's drama and choir program. Kathleen attended Western Michigan University, and in just over three years she acquired a BFA in Musical Theatre. After traveling parts of the Midwest performing in various regional theaters, Kathleen made her way to Los Angeles. She spent a few years in odd jobs and acting classes, then started working with a management company she could trust. Since then, Kathleen has worked solely as an actress in film and television. She's collaborated with such performers as Chris O'Donnell, Courteney Cox, Christina Applegate, as well as many other fine actors. Credits include Without a Trace: Coming Home (2003), "How I Met Your Mother", "Suzanne's Diary for Nicholas", a recurring role on HBO's "Tell Me You Love Me" and Michael Bay's "The Island". She has also devoted time to projects personally important to her, such as an award-winning short film she wrote and starred in, a documentary about her family, and achieving a black belt in Taekwondo.