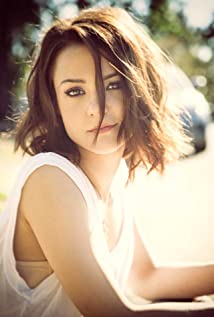 Kathryn Prescott (born 4 June 1991 in London, England) is an English actress best known for her role as Emily Fitch in the double BAFTA-winning teen drama Skins (2007). Prescott was born in Palmers Green, London, and is six minutes older than her twin sister Megan Prescott. Prior to professional acting Prescott and her sister attended weekly drama classes at Mountview Academy of Theatre Arts where they would eventually meet future co-star Lily Loveless. Though Prescott made her acting debut in a single episode of the BBC drama Doctors (2000) ("Doctors: Dare, Double Dare, Truth (2008)") along with sister Kathryn Prescott in 2008, it wasn't until the following year when she appeared as Emily Fitch in the third series of Skins (2007) that she made a breakthrough in acting. She and her sister, who plays Emily's identical twin Katie Fitch on the show, began filming the third series of Skins (2007) in July 2008. Kathryn went on to reprise her role for the fourth series of the show.