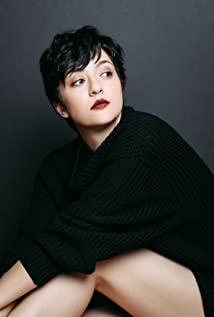 Canadian-born actress Katie Findlay received rave reviews in 2017 for her work as "Lucy" opposite Jay Baruchel in the final season of FXX's critically-acclaimed comedy series Man Seeking Woman (2015).Television audiences may also know Findlay as "Rebecca" from the first season of How to Get Away with Murder (2014) or her previous starring role of "Maggie Landers" on the CW's The Carrie Diaries (2013). She first garnered attention in 2011 as "Rosie Larsen" in the AMC series The Killing (2011), and was used as the face of the marketing campaign for the show's breakthrough first season. She has guest starred on multiple television shows, including the CBS All Access's re-imagined The Twilight Zone (2019), co-developed and narrated by Jordan Peele.Off-screen, she is an accomplished singer, and appeared as "Rizzo" in a limited engagement production of the musical Grease, hosted at Toronto's historic Winter Garden Theatre in the winter of 2018. She also starred in Lost Generation, a musical project for digital platform Go90 with music and lyrics written by Grammy and Tony award-winning composer Duncan Sheik. Findlay lives in Vancouver, British Columbia, with a small, strange cat.