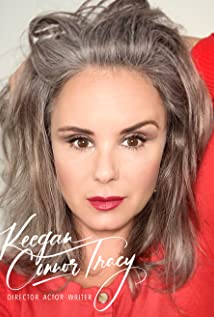 Keegan Connor Tracy is an award-winning actress best known for her ability to play a diverse range of characters - from the inscrutable Blue Fairy on ABC's hit show Once Upon a Time to her turn as troubled teacher Blair Watson, who wooed young Norman in Bates Motel, she continues to explore the spectrum as an actor. Continuing her recurring role as a Professor of Magic on Syfy's hit The Magicians, she also rules as Queen Belle in all three installments of Disney's smash musical success Descendants, which has upwards of 100 million views. She has also been known to destroy a zombie or two in Legendary Films' adaptations of the Dead Rising franchise, and recently recurred on Netflix's A Series of Unfortunate Events - much to her delight. Whether she is training in Muay Thai to help with fight scenes, practicing guitar and ukulele to perform for live audiences or loading up the raft for a whitewater expedition, Keegan is always looking for what's next. Currently in post-production on her directorial debut film La Fille, she continues to broaden her horizons and work to tell the stories she loves - and to help others while she does so, having spent several years in the Women in Film and TV mentorship program helping up-and-coming actors by sharing what she has learned in her 20+ years in the industry. Her children's book This is a job for Mommy! was recently released by Promontory Press and she is working on her next project A Keegolicious Cookbook, bringing together the food and stories she loves. Keegan lives and works in Vancouver - or wherever they send her next.Check out her social media and see what's she's up to! @keegolicious IG: @keegolicious FB Keegan Connor Tracy Website: www.keegolicious.com

My Life as a Dead Girl