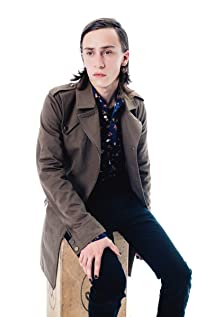 Keir Gilchrist is an English-born Canadian actor. He is known for the films It's Kind of a Funny Story (2010) and It Follows (2014), and the Netflix comedy television series Atypical (2017). Gilchrist also starred in Dark Summer (2015), and The Good Neighbor (2016), alongside James Caan. His film debut was The Right Way (2004) (2004) when he played the young version of one the lead characters of the film.

The Heyday of the Insensitive Bastards