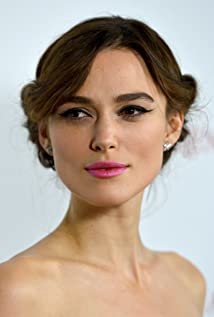 Keira Christina Knightley was born March 26, 1985 in the South West Greater London suburb of Richmond. She is the daughter of actor Will Knightley and actress turned playwright Sharman Macdonald. An older brother, Caleb Knightley, was born in 1979. Her father is English, while her Scottish-born mother is of Scottish and Welsh origin. Brought up immersed in the acting profession from both sides - writing and performing - it is little wonder that the young Keira asked for her own agent at the age of three. She was granted one at the age of six and performed in her first TV role as "Little Girl" in Screen One: Royal Celebration (1993), aged seven.It was discovered at an early age that Keira had severe difficulties in reading and writing. She was not officially dyslexic as she never sat the formal tests required of the British Dyslexia Association. Instead, she worked incredibly hard, encouraged by her family, until the problem had been overcome by her early teens. Her first multi-scene performance came in A Village Affair (1995), an adaptation of the lesbian love story by Joanna Trollope. This was followed by small parts in the British crime series The Bill (1984), an exiled German princess in The Treasure Seekers (1996) and a much more substantial role as the young "Judith Dunbar" in Giles Foster's adaptation of Rosamunde Pilcher's novel Coming Home (1998), alongside Peter O'Toole, Penelope Keith and Joanna Lumley. The first time Keira's name was mentioned around the world was when it was revealed (in a plot twist kept secret by director George Lucas) that she played Natalie Portman's decoy "Padme" to Portman's "Amidala" in Star Wars: Episode I - The Phantom Menace (1999). It was several years before agreement was reached over which scenes featured Keira as the queen and which featured Natalie!Keira had no formal training as an actress and did it out of pure enjoyment. She went to an ordinary council-run school in nearby Teddington and had no idea what she wanted to do when she left. By now, she was beginning to receive far more substantial roles and was starting to turn work down as one project and her schoolwork was enough to contend with. She reappeared on British television in 1999 as "Rose Fleming" in Alan Bleasdale's faithful reworking of Charles Dickens' Oliver Twist (1999), and traveled to Romania to film her first title role in Walt Disney's The Wonderful World of Disney: Princess of Thieves (2001) in which she played Robin Hood's daughter, Gwyn. Keira's first serious boyfriend was her The Wonderful World of Disney: Princess of Thieves (2001) co-star Del Synnott, and they later co-starred in Peter Hewitt's 'work of fart' Thunderpants (2002). Nick Hamm's dark thriller The Hole (2001) kept her busy during 2000, and featured her first nude scene (15 at the time, the film was not released until she was 16 years old). In the summer of 2001, while Keira studied and sat her final school exams (she received six A's), she filmed a movie about an Asian girl's (Parminder Nagra) love for football and the prejudices she has to overcome regarding both her culture and her religion). Bend It Like Beckham (2002) was a smash hit in football-mad Britain but it had to wait until another of Keira's films propelled it to the top end of the US box office. Bend It Like Beckham (2002) cost just £3.5m to make, and nearly £1m of that came from the British Lottery. It took £11m in the UK and has since gone on to score more than US$76m worldwide.Meanwhile, Keira had started A-levels at Esher College, studying Classics, English Literature and Political History, but continued to take acting roles which she thought would widen her experience as an actress. The story of a drug-addicted waitress and her friendship with the young son of a drug-addict, Pure (2002), occupied Keira from January to March 2002. Also at this time, Keira's first attempt at Shakespeare was filmed. She played "Helena" in a modern interpretation of a scene from "A Midsummer Night's Dream" entitled The Seasons Alter (2002). This was commissioned by the environmental organization "Futerra", of which Keira's mother is patron. Keira received no fee for this performance or for another short film, New Year's Eve (2002), by award-winning director Col Spector. But it was a chance encounter with producer Andy Harries at the London premiere of Bridget Jones's Diary (2001) which forced Keira to leave her studies and pursue acting full-time. The meeting lead to an audition for the role of "Larisa Feodorovna Guishar" - the classic heroine of Boris Pasternak's novel Doctor Zhivago (2002), played famously in the David Lean movie by Julie Christie. This was to be a big-budget TV movie with a screenplay written by Andrew Davies. Keira won the part and the mini-series was filmed throughout the Spring of 2002 in Slovakia, co-starring Sam Neill and Hans Matheson as "Yuri Zhivago". Keira rounded off 2002 with a few scenes in the first movie to be directed by Blackadder and Vicar of

Pirates of the Caribbean: Dead Men Tell No Tales