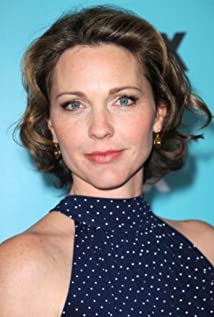 Kelli Williams was born in California on June 8, 1970. Though she had appeared in commercials since she was a baby, she was discovered by her agent at her high school play ("Romeo and Juliet"), in which she starred as Juliet opposite General Hospital (1963)'s Steve Burton. In the early 1990s, she appeared with Tony Danza and George C. Scott in the stage production "Wrong Turn at Lungfish". There Goes My Baby (1994) was her feature film debut, co-starring with ER (1994) doc Noah Wyle, Dermot Mulroney (My Best Friend's Wedding (1997) and Copycat (1995)) and Ricky Schroder (NYPD Blue (1993)). She has also done a long list of TV movies, as well as guest appearances before and during her run as Lindsay Dole Donnell on ABC's The Practice (1997). In the summer of 2003, her critically acclaimed seven year stint on the show ended, and she has since signed for guest spots on different series, and filmed a made-for-TV movie, A Boyfriend for Christmas (2004) opposite her real-life mother Shannon Wilcox and former TV-father-in-law Charles Durning.