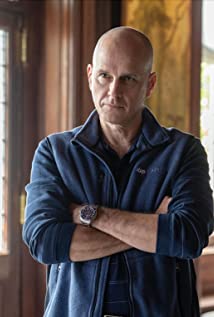 Kelly is a proud Oregon boy and Portland Trail Blazer fanatic, but he spent about half of his early life in Washington, DC. He graduated from Oberlin College, which is in a lovely part of Ohio where there really wasn't a whole lot to do. Fortunately, he met dancer Carolyn Hall and they were able to keep each other entertained. So much so, in fact, that some years later they got married. They now reside, together, in Brooklyn, New York. Carolyn won a NY Dance & Performance ("Bessie") Award for her body of work and continues to dance while also pursuing a career in Historical Marine Ecology, and teaching workshops on communicating science.Kelly has acted on stage all over the place, in New York, and around the country, recently winning a Drama Desk Award for Signature Theatre's revival of the AR Gurney play, "The Wayside Motor Inn." He earned nice reviews playing the "blithely cocky" (Ben Brantley, NYTimes) & "nicely nasty" (Clive Barnes, NYPost) Octavius Caesar in the Broadway revival of "Julius Caesar" opposite two time Academy Award winner Denzel Washington. He is a former member of the Tony Award winning Oregon Shakespeare Festival acting company.Kelly's father, Les, is a former U. S. Representative. His mother, Sue, worked at the Wilderness Society and The National Abortion Rights Action League. Before that, she and her sister, Ann, co-ran her family's restaurant in Tumalo, Oregon, where Kelly had his first job washing dishes. His parents are both now semi-retired. Kelly's interest in performing was most likely passed on from his parents with his mother being a singer and his father a politician. His sister Stacy, is a social worker. She and her brother appeared in plays together in their early years before Stacy left acting to pursue other interests. Central Oregon residents still fondly recall Stacy's farewell performance in the Sisters Junior High production of "A Mouse That Roared" in the spring of 1980.

All That I Am