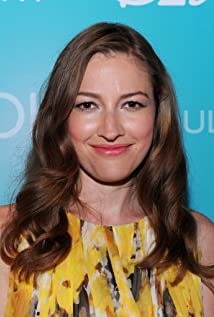 Scottish actress Kelly Macdonald was born and raised in Glasgow. Her parents divorced when she was young, and she was raised by her mother, a sales executive in the garment industry. She has one brother, David. As a hobby, she acted in an amateur theatrical club, which she enjoyed a great deal. Macdonald was working as a barmaid, when she saw a leaflet for an open casting call for a film. She went along and was cast as Diane in Trainspotting (1996). For this breakout role, she was nominated for a BAFTA Scotland Award and began a highly successful acting career.Other notable film projects include Stella Does Tricks (1996), Elizabeth (1998), Gosford Park (2001) and No Country for Old Men (2007). She won an Emmy for her role as Gina in The Girl in the Café (2005) and appeared as Helena Ravenclaw in the wildly popular Harry Potter and the Deathly Hallows: Part 2 (2011). In 2010, she won the role of Margaret Schroeder in Boardwalk Empire (2010).Macdonald is married to Travis bassist Dougie Payne, and they have a son, Freddie.

The Child in Time