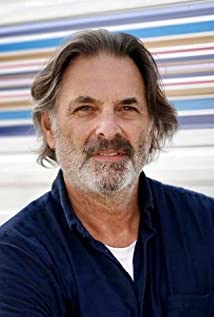 Actor Ken Olin's dark, sincere, extreme good looks were steadily put to use on the small screen during the 80s, but, in retrospect, the actor will probably now be considered more of a major force behind the camera as a producer and director when all is said and done.Born Kenneth Edward Olin in Chicago on July 30, 1954, Ken was the son of a former Jewish Peace Corps official and pharmaceutical company owner. After graduating from Pennsylvania State University with an English Literature degree, he continued his studies at the University of Pennsylvania. Heading for Hollywood in the late 70s, he went the typical route with bit parts in such TV movies as Women at West Point (1979) and the TV series "The Paper Chase," before his acting career suddenly soared in leaps and bounds.A couple of strong, single-season regular parts on the short-lived baseball ensemble series Bay City Blues (1983), the detective series Hill Street Blues (1981) and the primetime soaper Falcon Crest (1981) led to his poignant casting as the introspective and quietly sexy Michael Steadman on another ensemble series, the classic yuppie social drama Thirtysomething (1987), which ran an acclaimed four seasons and nabbed numerous awards for its performances, direction, liberal writing and sensitive subject material. Ken co-starred with Patricia Wettig (his real-life wife since 1982), but the multi-Emmy winner Wettig did not play Ken's wife (actress Mel Harris did) and the public was often confused as to who Ken's real wife really was. He was Golden Globe-nominated for his work here.During the show's run, Ken found acting employment away from the set of Thirtysomething (1987) on such films as the ensemble dramedy Queens Logic (1991), as well as TV movie leads in A Stoning in Fulham County (1988), Police Story: Cop Killer (1988) and It (1990), and a part in the mini-series I'll Take Manhattan (1987). Ken also earned the chance to direct occasionally on the program and this would have a significant impact as to the direction of his career in the years to come.Following the show's cancellation, Ken pursued TV acting work as both hero (Telling Secrets (1993)) and villain (Dead by Sunset (1995)), along with various shades in between (Nothing But the Truth (1995) (co-starring wife Patricia)), he also starred in a gritty crime series as a cop taking on a crime syndicate in EZ Streets (1996) and a recurring role on the soap drama Brothers & Sisters (2006) that featured wife Patricia. In later years, he appeared frequently as Professor Oz on the TV series Zoo (2015).It was Ken's burgeoning interest in producing and directing, however, that truly took focus into the millennium. He has since found prolifically steady duties on such popular shows as Alias (2001), Brothers & Sisters (2006), The Mob Doctor (2012), Sleepy Hollow (2013) and This Is Us (2016), the last-mentioned for which he has been Emmy-nominated in the "Best Dramatic Series" category.The father of two children, actor/writer/co-producer Clifford Olin and actress Roxy Olin, Ken more recently returned (with most of the original cast) to his role as Michael Steadman in the TV movie Thirtysomething(else) (2020). This time around, however, the TV movie focused on the second generation family.