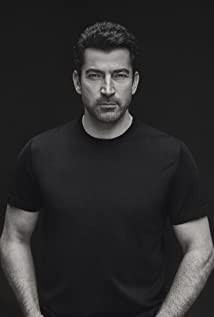 Kenan Imirzalioglu was born in Ankara at June 17th, 1974. Imirzalioglu finished elementary school in Ankara, when he was 12. He went to middle school and high school at Ankara. Then he moved to Istanbul for his University education. He graduated from Yildiz Technical University. He has a Bachelor of Mathematics degree.In 1997, he attended Best Model of Turkey finals and he won the contest. Then he qualified for Best Model of the World contest. He also won the contest and achieved the title "Best Model of The World".For the first time, a Turkish model won the title Best Model of The World. After winning the model contest, famous Turkish director Osman Sinav offered him a leading role as Yusuf Miroglu in the new TV serial Deli Yurek which was the first Turkish TV series exported internationally in 1999. The series broadcaster between 1999 - 2002. He also had The lead role for the movie version of the series 'Deli Yurek : Boomerang Cehennemi' in 2001).He went to US for acting and language education after Deli Yurek projects. After his return he joined the cast of new TV series Alacakaranlik which was on TV screens in 2003 - 2005. In between, at 2004, he played a leading role at Yazi Tura movie which won 16 awards in different film festivals. Most impressing award of all was "The Best Actor" award at Adana Altin Koza Festival, one of the major movie award organization of Turkey.Between 2005-2007, he enacted "Mehmet Kosovali" at white screen with the TV Series Aci Hayat. In 2006, He took the leading role in his third movie Son Osmanli Yandim Ali followed by Kabadayi in 2007 which was his fourth movie project between TV series projects.In 2009, He started a new project at white screen with Ezel which was his carriers best and up swinging role. The series became The most popular and top rated series in Turkish television history between 2009 - 2011. Along with TV series, His successful career continued with Ejder Kapani 2010 and with Uzun Hikaye in 2012.Karadayi (2012-2015), he started his careers 5th TV series with Mahir Kara role. After this series at 2017, he starred the movie of Cingoz Recai which is fallowed by another TV series Fatih . This was one of the most budgeted TV series of Turkish Television at which he gave life to the character of Fatih Sultan Mehmet who is one of the most important figures of Ottoman and Turkish history.Recently, he is presenting the longest TV contest Kim Milyoner Olmak Ister. Also he joined the cast of TV series Alef for 8 episodes to be broadcaster at online TV platform Blu TV.