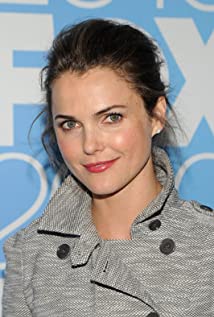 Keri Russell was born in Fountain Valley, California, to Stephanie (Stephens) and David Harold Russell, an executive at Nissan Motors. She began her career on the Mickey Mouse Club in 1991. She stayed with the show until 1993. After leaving The All New Mickey Mouse Club (1989) (where she, along with her castmates recorded an album, MMC), she moved to LA to pursue an acting career. She starred in Aaron Spelling's Malibu Shores (1996) on NBC.Keri's breakthrough role came in 1998 where she played "Felicity Porter" in the WB's popular series Felicity (1998). In 1999, Keri won her first Golden Globe award for her role in Felicity (1998) in which she continued until the show ended in 2002. Keri pursued a movie career starring alongside Mel Gibson in We Were Soldiers (2002) and Joan Allen in The Upside of Anger (2005). In 2004, Keri made her Broadway debut in "Fat Pig" alongside Andrew McCarthy and Jeremy Piven.