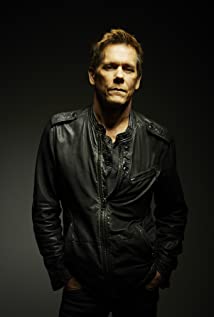 Kevin Norwood Bacon was born on July 8, 1958 in Philadelphia, Pennsylvania, to Ruth Hilda (Holmes), an elementary school teacher, and Edmund Norwood Bacon, a prominent architect who was on the cover of Time Magazine in November 1964.Kevin's early training as an actor came from The Manning Street. His debut as the strict Chip Diller in National Lampoon's Animal House (1978) almost seems like an inside joke, but he managed to escape almost unnoticed from that role. Diner (1982) became the turning point after a couple of television series and a number of less-than-memorable movie roles. In a cast of soon-to-be stars, he more than held his end up, and we saw a glimpse of the real lunatic image of The Bacon. He also starred in Footloose (1984), She's Having a Baby (1988), Tremors (1990) with Fred Ward, Flatliners (1990), and Apollo 13 (1995).Bacon is married to actress Kyra Sedgwick, with whom he has 2 children.

You Should Have Left

DRUNK STONED BRILLIANT DEAD: The Story of the National Lampoon