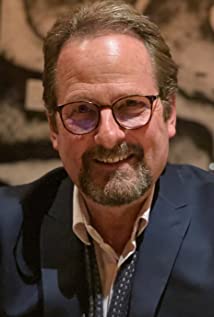 In addition to the television and film work that Kevin is involved in (including core roles in Gotham as a GCPD Officer seasons 3,4 and 5 and Billions seasons 2 and 4 as an Assistant U.S. Attorney), he has an extensive background in theatre. His most recent stage work includes a staged reading of John Stanisci's new two man play, "lieutenants Upon The Earth" with plans to stage the play in late 2019, an Equity Showcase production of Jake Brasch's "Greenland" in the role of Chappy and performing as the narrator for the staged reading of two new plays in NYC produced by Invictus Theater and The Directors Company: "American Dream", written by John Stanisci and starring David Morse, Tamara Tunie, Stelio Savante, Thomas Ryan, John Stanisci and Sarita Choudhury; and "Stranger In My House" written by Anna Simone Scott and starring Tovah Feldshuh, John Stanisci and Olivia Oguma. Kevin Founded Old Shoe Production Company in 2014 which produces David W. Rintels one man show "Clarence Darrow" with Kevin in the lead role, which Kevin performs at venues across the U.S.. He is a member of Invictus Theater in New York City which produced "Irena's Vow" on Broadway at the majestic Walter Kerr Theater as well as performing the show at the United Nations. Invictus also produced "Murder In the First" by Dan Gordon at 59E59 theaters. Additionally, Kevin utilizes his RN training in film and TV performs as a "Special Ability Nurse" on New Amsterdam, For Life and Almost Family as well as having been the Medical Technical Adviser on the pilots, "For Life" and "Almost Family".