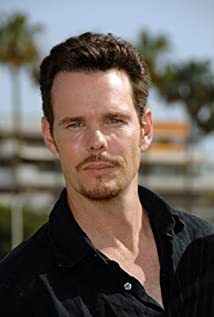 An Emmy, Golden Globe and SAG Award nominee for his memorable work in comedy, Kevin Dillon continues to break genre barriers with his latest star turns in action films.Dillon stars in the film A Day To Die, opposite Bruce Willis, and will star again with Willis in the upcoming film Wire Room.Recently starring opposite Mel Gibson in the film Hot Seat, directed by James Cullen Bressack, Dillon will be seen again with Gibson in the upcoming film On The Line, directed by Romuald Boulanger.Born in Mamaroneck, New York, Dillon is known for his roles in many unforgettable films, most notably Oliver Stone's Platoon and The Doors, the World War II film A Midnight Clear, No Escape and the cult classic The Blob. He was nominated for a Young Artist Award for his poignant performance opposite Glenn Close, James Woods and Mary Stuart Masterson in Immediate Family. Dillon starred opposite Kurt Russell and Richard Dreyfuss in Wolfgang Petersen's Poseidon for Warner Brothers and opposite Lisa Kudrow, Don Cheadle and Emma Roberts in the DreamWorks comedy Hotel for Dogs, directed by Thor Freudenthal. Dillon was also one of the stars in the hit comedy Buddy Games, starring opposite Josh Duhamel, Dax Shepard and Olivia Munn, directed by Duhamel. His first major role was Rooney, the bully in the film Heaven Help Us, directed by Michael Dinner.On television, Dillon's hilarious yet heartfelt portrayal of the beloved Johnny Drama on HBO's hit series Entourage garnered him multiple nominations, including three Emmys, three SAG Awards and a Golden Globe. Additionally, he had recurring roles in the critically acclaimed series NYPD Blue, 24 and the hit series Blue Bloods.Dillon reprised his iconic role as Johnny Drama in the Warner Brothers feature film Entourage, directed by Doug Ellin, and most recently starred in Ellin's latest television project Ramble On, opposite Kevin Connolly and Charlie Sheen. In addition, along with Connolly and Ellin, Dillon hosts the hit Victory The Podcast.

A Day to Die

How to Be a Gentleman