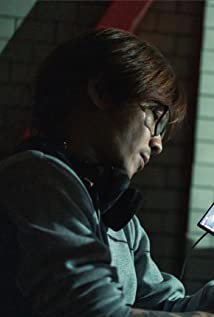 Taiwanese filmmaker Kevin KO came to prominence for a series of short films he made in college, including horror THE PRINT that screened at festivals in Japan and South Korea. He made his directorial debut with 2009 slasher-horror INVITATION ONLY , which pushed the boundaries of good taste in Taiwan cinema with its fast cars, dismemberment and a Japanese adult video actress. INVITATION ONLY competed in PiFan and Brussels International Fantastic Film Festival.Kevin KO produced/edited/photography a short film MY BUDDIES got him a 'best editor' award in 2011 Taipei film festival. His anarchic parody THE BENDOVER , commissioned by LeTV produced by Leste Chen, competed at the Taipei Film Festival in 2013 as well.He has also been directing TV commercials for some of Taiwan's top ranked online-game companies, which demonstrate KO's skill in characters' emotion and VFX. In 2018 he brought his first Mainland Chinese feature, romantic comedy DUDE'S MANUAL to New York Asian Film Festival, and served as a jury. An other feature film A-CHOO directed by Kevin , written by famous Taiwanese writer Gidden KO , is released at 2020 in Taiwan.In 2022, Kevin KO directed/produced his masterpiece INCANTATION and become well-known in Taiwan. the film also gained huge success in box office.