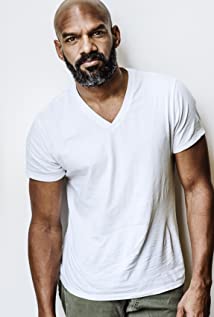 Khary Payton (born May 16, 1972) is an American actor and voice actor best known for his voice role of the DC Comics character Cyborg across various films, cartoons and video games. He is also known for his live action performances on General Hospital and The Walking Dead.In 1986, Payton was a winner in Showtime's 1st annual Kid Talent Quest, and a recording exists of him introducing the animated film Sherlock Holmes in the Baskerville Curse.Payton appeared on a recurring basis as Dr. Terrell Jackson on the ABC daytime soap opera General Hospital. He portrays King Ezekiel on AMC's The Walking Dead.Payton has portrayed Cyborg in the Teen Titans animated series and Aqualad in Young Justice. In the cartoon series Justice League, Payton provided the voice of the villain Ten from the Royal Flush Gang. He also provided the voice of Drebin in the game Metal Gear Solid 4: Guns of the Patriots, Ripcord in G.I. Joe: Renegades, Blade in Marvel: Ultimate Alliance, Grimlock in Transformers: Robots in Disguise and Killer Croc in Batman: Arkham Underworld and is voicing Wasabi on the Disney XD original series Big Hero 6 based on the Marvel Comics by Man of Action and the film of the same name.