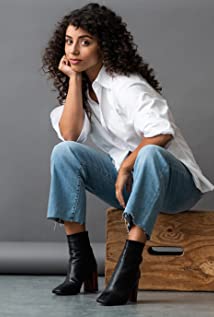 Born in Toronto and raised in the suburbs of Mississauga, Kiana Madeira had her sights set on one thing as a child; to grow up and act alongside Danny Zuko in the hit 1970's movie Grease. Being a 90's kid, she quickly faced the reality that John Travolta was no longer twenty years old and the man of her dreams. Although that part of her dream was hopeless, her desire to star on the screen never faltered. With the support of two young parents, she began auditioning at the age of ten and that same year got her first break in a series of educational films. Kiana then went on to star in Family Channel's sitcom series Really Me, multiple Disney Channel Original Movies including Harriet the Spy: Blog Wars, Bad Hair Day and The Swap, and the Macdonald Hall film trilogy. Following her experiences in kid's comedy, Kiana was welcomed onto the SyFy network, acting in various films and shows including Dark Matter and Wynona Earp. It was in early 2018, when Kiana landed the role of Angel Trujillo in the Facebook Watch series Sacred Lies, that her artistry was truly given the space and capacity to grow. Since then, she has recurred on CW's The Flash, portrayed Suzzie in the thriller She Never Died, and has started preparing for the second season of the Netflix original series Trinkets which she stars in as the fierce and intelligent Moe Traux. Kiana is excited to be leading the cast of the adaptation of RL Stein's Fear Street! It is Kiana's intention in life to connect with as many people as possible through the screen and stage; allowing them to surrender to connection and emotion in a liberating and positive way.

Bruno & Boots: This Can't Be Happening at Macdonald Hall