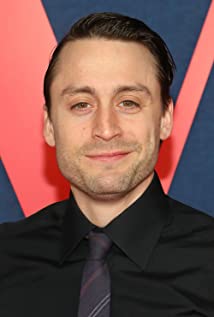 Kieran Kyle Culkin was born September 30, 1982 in New York City, New York. He is the son of Kit Culkin, a former stage and child actor, and Patricia Brentrup. He is the brother of Shane Culkin, Dakota Culkin, Macaulay Culkin, Quinn Culkin, Christian Culkin, and Rory Culkin. His mother, who is from North Dakota, is of German and Norwegian descent. His father, from Manhattan, has Irish, German, English, Swiss-German, and French ancestry.Culkin started working in 1990. He worked with his brother, Mac several times. His debut was playing Mac's cousin, Fuller, in Home Alone (1990). He went on to do lots of films on his own. He starred in Father of the Bride (1991) playing Steve Martin's young son. Then a few years later they offered him a special role in The Mighty (1998). After his wonderful performance, he went on to bigger movies like The Cider House Rules (1999) and Music of the Heart (1999).

Scott Pilgrim vs. the World