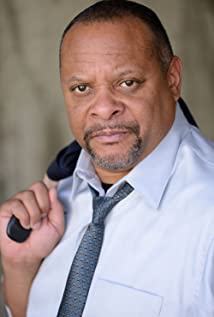 Kim Delgado was born in Brooklyn, New York. He is an actor especially known for his role in "BeetleBorgs" (1997).Mr. Delgado's parents were ardent lovers of the arts and at age thirteen introduced him to PAF Playhouse in Huntington Long Island. He became an equity theater apprentice and studied while working on the main stage. At sixteen, Mr. Delgado went on tour with Trinity Sq. Repertory's award-winning play "Brother to Dragons". Mr. Delgado went on to film the PBS special of the play, "Great Performances: Brother to Dragons" (1975), directed by Adrian Hall. After studying with Sandra Seacat, Ernie Martin, John Lithgow and Lee Strasberg, Mr. Delgado graduated cum laude from the Davis Center in New York City, and went on to star with Lee Strasberg in the feature film Boardwalk (1979).Mr. Delgado honed his craft working in off-Broadway productions in New York City at the Round About Theater, Circle in the Square, and Joseph Papp's theater in Central Park. Moving to Los Angeles, Kim was blessed to continue working in the theater at the Mark Taper Forum in the hit show, "Hunting Cockroaches", starring with Malcolm McDowell and Swoosie Kurtz.Mr. Delgado's love for the industry propelled him into other feature work including, "Life As A House", "Kindergarten Cop", "Patriot Games", "Eddie", "Good Burger", "Arizona Seaside", "Hard Four", "2:13", "Die Hard: With A Vengeance" and "The Rune Stone".Mr. Delgado's successful industry move to LA rewarded him with more than 200 guest and co-star roles in episodic TV, mini-series and MOW'S. Mr. Delgado landed a series regular role, playing a good-natured overbearing father, in the iconic FOX television series "Big Bad BeetleBorgs". Mr. Delgado is honored and privileged to have worked with many of his favorite prominent directors, producers and acting talents in shows that include "Soul Man", "Anger Management", "Southland", "The Millers", "The Fosters", "Eli Stone", "Friends", "CSI", "Brothers and Sisters", "Rules Of Engagement", "iCarly", "90210", "Desperate Housewives", "Grey's Anatomy", "Dexter", "NYPD Blue" and "Boston Legal". He is looking forward to working with many more.During the 1990s, Mr. Delgado expanded his entertainment abilities and wore many different hats in the industry. Casting commercials, writing and producing radio and television commercials, and eventually writing screen and television screenplays. Mr. Delgado's first sold screen project was Lifetime's "Taken in Broad Daylight", which became an international hit. This project was and still is "the third highest rated movie in Lifetime Network History" and was sold to more than 100 countries internationally. Since then Mr. Delgado has gone on to write, produce and direct the reality pilot "Battling Garages/RAW", and the horror short "Purgatory". Mr. Delgado currently has two pilots and five features, either optioned, in production or in development with production starting in 2016 on "Ramp Rats", based on the 1989 true story of the closing of Eastern Airlines and the arrest of 63 airline employees. Mr. Delgado was recently hired to write the pilot reboot for the new version of "The Streets of San Francisco".Mr. Delgado embraces the opportunity to continue working and collaborating with the many wonderful artists and talents in the entertainment industry and is the supportive and inspirational father of two fantastic young adults who are currently in college and beginning to live their dreams.