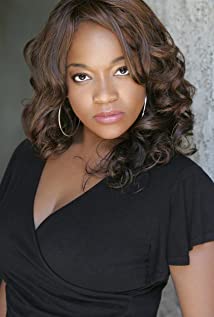 "Born and raised in Southern California, Kimberly Brooks is an industry proven voiceover dynamo, gaining recognition for her performances on many respected animated shows and interactive video games. In addition to having one of the more sought after commercial voices, Kimberly is also known for her extensive on-air promo work with networks such as NBC, FOX, SoapNet, Investigation Discovery and is currently "the voice" of E! South Africa.Kimberly has been performing since she was eight years old. Growing with her craft, she became a theater major in college and ultimately leveraged her years of performance experience and got her start in animation voiceover on the cult-classic Nickelodeon show "Rugrats". She also voiced LUNA the keyboardist/back-up singer for the HEX GIRLS, the eco-goth rock band, featured in "Scooby-Doo! Mystery Incorporated." Some of Kimberly's more recent animated work can be heard on Disney Jr's show "Doc McStuffins" playing a dynamic range of characters including Doc's Mom, Dr. Maisha McStuffins as well as the spunky SURFER GIRL. She can also be heard on Netflix's reboot of the classic cartoon "Voltron" voicing the brave & honorable PRINCESS ALLURA, on Nickelodeon's "Winxs Club" voicing the fiendishly wicked STORMY, on Cartoon Network's show "Steven Universe" as the tough & gritty baddy, JASPER, and on the critically acclaimed Comedy Central show "South Park" as the ethically questionable CLASSI, as well as many other animated shows.Kimberly's work in interactive video games includes the "tough-but-fair" ASHLEY WILLIAMS on the beloved "Mass Effect" Series. She can also be heard on the "Batman: Arkham" game series as the ORACLE, as well as the notable roles as DAISY FITZROY in "BioShock Infinte: Burial at Sea" and BAD JUJU in the more recent "Skylanders: Imaginators".With a voiceover resume that rounds out with well-known NARRATION performances on shows such as Oxygen's Killer Couples, Kimberly Brooks is truly a voiceover tour de force."

The Proud Family: Louder and Prouder