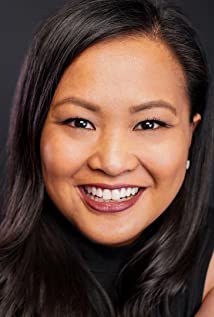 Filipino-American and Hawaii born actor Kimee Balmilero is best known for her regular role as Medical Examiner Dr. Noelani Cunha on CBS' Hawaii Five-0 and Magnum P.I. Other professional credits include: The Emmy Nominated musical children's series Hi-5, the Original Broadway Cast of Mamma Mia, and the 2nd National Touring Company of Miss Saigon. She studied improv & sketch comedy at the famed Uprights Citizens Brigade Theatre and performs with the on-going show Filipino AF whenever she is back in Los Angeles. Kimee has also appeared at the San Francisco Sketch Fest with Filipino AF and Asian AF.Since returning back home to Hawaii in 2012, Kimee founded and is the "Head Sillypino" of Improv Hawaii (aka improvhi) a company dedicated to sketch and improv comedy in Hawaii.In March 2015, she created and produced the first ever Hawaii Comedy Festival at the Honolulu Museum of Art's Doris Duke Theater. The festival has continued to thrive and launched a junior version in the spring of 2020.A lifetime student of the legendary Hawaii stage director Ronald E. Bright, Kimee made her directorial debut with the Hawai'i Premiere of Mamma Mia at the historical Diamond Head Theatre in Honolulu in 2016. The show was a hit with Hawaii audiences and was sold out for the entire run and extension.In May 2018, Kimee produced and directed The Last Five Years the premiere production of her Honolulu based theatre company, Stage Fish.In her spare time, Kimee enjoys karaoke-ing, garage sale-ing, instagram-ing, eating diner spaghetti, pretending like she's the host of a cooking show and dreaming about Filipino Food. She also loves to stare at her husband's face.