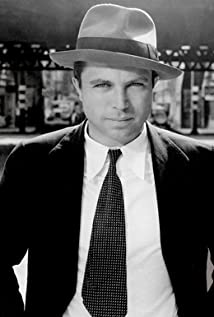 King Vidor was an American film director, film producer, and screenwriter of Hungarian descent. He was born in Galveston, Texas to lumberman Charles Shelton Vidor and his wife Kate Wallis. King's paternal grandfather Károly (Charles) Vidor had fled Hungary as a refugee following the failed Hungarian Revolution of 1848 (1849-1849). The Kingdom of Hungary had attempted to gain independence from the Austrian Empire, but the revolutionary troops failed against the allied armies of the Austrian Empire and the Russian Empire. After the restoration of Habsburg power, Hungary was placed under brutal martial law. Karoly fled the country and settled in Galveston, Texas by the early 1850s.During his childhood, King Vidor was a witness of the 1900 Galveston hurricane, the deadliest natural disaster in United States history. The hurricane caused between 6,000 and 12,000 fatalities in the United States, based on varying estimates. Most of these deaths occurred in the vicinity of Galveston. Every house in the city sustained damage, about 3600 houses were completely destroyed, and an estimated 10,000 people were left homeless, out of a population of about 38,000. King Vidor would later give a somewhat fictionalized account of his hurricane experience in a 1935 interview.By the early 1910s, Vidor was working as a freelance newsreel cameraman and cinema projectionist. In 1913, he directed the short film "The Grand Military Parade", his directing debut. In 1915, Vidor moved to Hollywood, California and was hired as a screenwriter and short-film director by Judge Willis Brown (1881-1931), owner of the Boy City Film Company in Culver City. Brown had gained fame as a judge of the Utah Juvenile Court and a progressive expert on boys' reformation, but had been kicked out of service when it was discovered that he did not actually have a law degree. Brown had established himself as a film producer in order to produce films depicting his main concerns about American society: juvenile delinquency and racial discrimination. Vidor served as a screenwriter and director of at least 10 films with these topics, while working for Brown.In 1919, Vidor directed his first feature film: "The Turn in the Road". It was a silent drama film, depicting a businessman who loses his faith in God and any interest in industry, when his beloved wife dies in childbirth. Vidor's first major hit was the feature "Peg o' My Heart" (1922), an adaptation of a popular Broadway theatrical play. Following this success, Vidor was signed to a long-term contract for the studio Goldwyn Pictures. The studio was under the administration of Polish-American producer Samuel Goldwyn (1879-1974). In 1924, Goldwyn Pictures merged with Metro Pictures and Louis B. Mayer Pictures into a new company: Metro-Goldwyn-Mayer. Vidor remained on contract with this new company.In the 1920s, Vidor's most famous silent feature films were the war film "The Big Parade" (1925), the Academy-Award nominated drama "The Crowd" (1928), the comedy "Show People"" (1928), and the comedy-drama "The Patsy" (1928). His first sound film was the drama "Hallelujah" (1929), about the life of sharecroppers. It was one of the first Hollywood films with a cast consisting fully of African-Americans. Vidor expressed an interest in "showing the Southern Negro as he is" and attempted to depict African-American life beyond the popular stereotypes of the era.Vidor faced no problem in transitioning from silent film to sound film, and continued regularly working on feature films until the late 1950s. His last major film was the Biblical-romance "Solomon and Sheba" (1959), featuring love, court intrigues, and military invasions during the reign of legendary Solomon, King of Israel (estimated to the 10th century BC). Afterwards he worked on short films and documentaries, his last film being the documentary "The Metaphor" (1980). The 86-year-old Vidor chose to retire from filmmaking in 1980.In 1982, Vidor died at his ranch in Paso Robles, California, from an unspecified heart disease. He was 88-years-old and well past his prime. His remains were cremated and his ashes were scattered in his ranch.Vidor was nominated 5 times for the Academy Award for Best Director, without ever winning. He was nominated for the feature films "The Crowd" (1928), "Hallelujah" (1929), "The Champ" (1931), "The Citadel" (1938), and "War and Peace" (1956). He won an Academy Honorary Award in 1979. Part of his modern fame rests on an uncredited part as an assistant director. Vidor directed the scenes set in Kansas for the novel adaptation "The Wizard of Oz" (1939).

A Personal Journey with Martin Scorsese Through American Movies

Man Without a Star

It's a Great Feeling

On Our Merry Way

Duel in the Sun