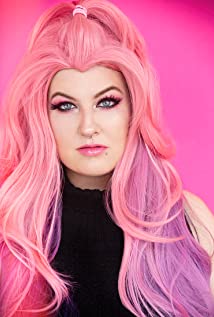 Kira Buckland was born and raised in Anchorage, Alaska. She found her passion for performing while in middle school and originally wanted to be a rock singer, but at age sixteen she began participating heavily in online voice acting communities and lending her voice to independent projects. At the time, she became recognized as the familiar female voice that people would hear in a lot of Flash animations and games. She also became one of the pioneers of the early Internet voice acting scene by founding the online community known as the "Voice Acting Club".After moving to southern California in 2011, Kira continued her acting training and practice, and ended up landing roles in projects such as anime and video games. She worked a variety of other jobs in the meantime (her favorite of those being a neonatal caregiver at a kitten nursery), and finally was able to make voiceover her full-time career in the summer of 2018. As someone who is passionate about gaming, Kira is thrilled to be one of the voices heard in many video games played around the world. Her most known role is as the lead character "2B" in the game "NieR:Automata", a role which she was able to reprise in the fighting game "Soulcalibur VI" along with the character "Talim".When not acting, Kira loves listening to classic rock music (particularly David Bowie), watching makeup tutorials, playing fighting games, going on Pokewalks, cosplay/conventions, and taking care of her multiple cats. Her favorite anime/manga series is JoJo's Bizarre Adventure (she even has a tattoo of the Joestar birthmark) and as an espresso addict, she spends a lot of time at her local coffee shop.

My Next Life as a Villainess: All Routes Lead to Doom!

I Want to Eat Your Pancreas