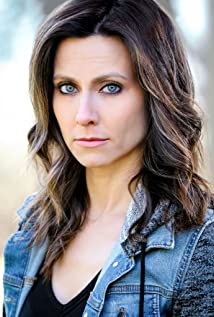 Kourtney Hansen was born and raised in Des Moines, Iowa. After studying acting for the theater, she earned her BFA from Drake University in 2003. Following graduation, she appeared on stage in professional theater productions and served as a sidekick to Hatfield and McCoy on their morning show on radio station KJJY in Des Moines. She moved to Nashville in 2008 where she worked heavily as a model/actor in print and online media, films, commercials and music videos -- most notably Keith Urban's "Sweet Thing" and Luke Bryan's "Do I". The latter was named the USA Weekend Breakthrough Video of the Year at the 2010 CMT Music Awards. She has also appeared in several 1800PetMeds commercials.In early 2010, Hansen joined CMT as a correspondent for CMT Insider followed by Hot 20 Countdown. She's had the pleasure of interviewing Kristen Bell, Zac Efron, Carrie Underwood, Kelly Clarkson, Jason Aldean, and Luke Bryan among others.Hansen is most well known for her role on the hit TV series, Nashville, where she played Emily, the assistant to Juliette Barnes (Hayden Panetierre) for all six seasons. She also landed the role of Becca in the Hallmark Christmas movie, Christmas at Graceland starring Kellie Pickler.It should also be noted that Hansen trained in several styles of dance throughout her life and spent over ten years as a dance instructor to children and adults. She has also choreographed routines for many professional organizations. Kourtney is a former member and captain of the Nashville Predators' dance team and was an in-arena host for home games, host of Predators Snapshot on Fox Sports Tennessee and host for the Predators website features for several seasons.She resides in Nashville with her husband, country music singer/songwriter Jeremy McComb and their two sons. She appeared in McComb's video for "This Town Needs a Bar" in 2008.