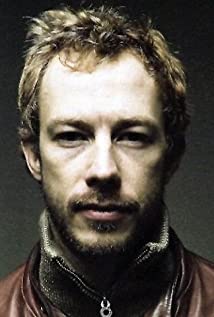 Television and film actor. Pentathlon Champion. Father. Werewolf... Born in Scarborough, Ontario and raised in a farm town northeast of Toronto, Kris' driven spirit has garnered success in many areas of his life. Kris knew he wanted to be an actor early on, however acting wasn't a widely-supported career choice in his family. Instead of pursuing it right away, Kris opted to attend Montreal's Concordia University School of Business to study international commerce. While continuing his education, Kris also competed in sports, as he was a strong athlete throughout grammar and high school. Quickly, he excelled as an athlete, becoming a member of the Canadian National Pentathlon Team and achieving silver medals from both the Pan American and Pan Pacific Pentathlon Championships for riding and fencing. Although Kris was an extremely talented athlete, both his financial situation and his interests lead him into the acting world.In 1994, Holden-Ried joined a small agency in Montreal in the hopes of making some money, so he could continue his education. His first audition that came up was for the title/leading role in "Young Ivanhoe," a 12th century dramatic, children's period piece TV movie. Kris had the skills, the look, and luckily, as it turns out, the talent. He landed this first audition and has been working as an actor ever since.Kris currently stars as 'Dyson,' in the Syfy series Lost Girl, where he portrays a very likable werewolf-shifter, working in the human world as a police detective. You can also see Kris as Quint in the fourth Underworld installment, Underworld Awakening, and The Returned.Viewers may also know Kris as 'William Compton,' on Showtime's former hit series, The Tudors, (2007,) as he has been working nonstop for nearly two decades. Other credits include multi-episode arcs on Degrassi: The Next Generation, M.V.P. and The Bridge. His film credits also include K-19: The Widowmaker, Gossip, amongst others. To improve his craft, Holden-Ried has trained with Uta Hagen's Master Class Scene Study, and with Janine Manatis of the Actor's Studio NY and the National Film Acting School.When Kris isn't acting, he enjoys adventure, traveling, and being outdoors. Some of his interests include sailing, scuba diving, surfing, and yoga, with one of his favorite films being Gandhi. If he could work with anyone, it would be some of the great, classic directors, such as Scorcese, Scott and Spielberg, as Kris would love to transition behind the camera one day. Kris live in Toronto with his son and his Black Labrador, Hopper.