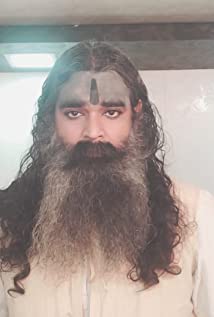 Krishna Kant Singh Bundela was born on February 14, 1981 in Jabalpur ( Madhya Pradesh, India) to Shri Aman Singh Bundela and Smt. Madhu Raja Bundela. He completed his school and college education from Jabalpur (Madhya Pradesh) and done MBA from Prestige institute of Management dewas(Madhya Pradesh). Thereafter he joined Institutions as Professor in Bhopal (Madhya Pradesh).Mean while he started acting in short and local films and done Ravan role in city Ramleela. Then he moved to Mumbai to find work as a film star,in vain though, he was not getting work enough. But as he grown his beard he got his break in Tv serials. Starting with serial Laal ishq, Param avtaar Shri Krishna, manmohini, Kahat Hanuman jai Shree Ram, he paved growth path into Bollywood also, with Amir Khan Production -Laal singh Chaddah. This is how Mr. Bundela made an entry in Bollywood, and since then there has been no looking back...Doing Webseries,Movies, advertisement and continued work in Tv serials, playing varying roles like Tantrik, rishi, sadhu, baba, sardar, Aghori, maulvi, fakeer,..etc.He is unmarried and has no interest in family life as he is in deep love of Radha Krishna. Following the philosophy of Jagad Guru Shri Kripaluji Maharaj, he is totally enlightened to work as a karm yogi (working without getting effected by results).He had chosen Acting as a Career because here he can live a life performing what he is not. In that way a passion to rise will follow parallel with detachments to worldly affairs and surrender to God at the same time.Krishna Kant Singh Bundela