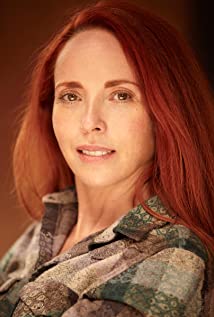 Kristen Anne Ferraro was born in Springfield, MA to Ralph, an Educator/Writer and Anne Marie, a Nurse/Hospice Chaplain. She has one older brother and two younger sisters. She is a proud first-generation Italian-American. Her father was born in Martone, Reggio Calabria in Southern Italy and immigrated with his mother to Ellis Island in New York. Her mother is of Irish, English and French descent and is a former Catholic nun.At the age of 10, Kristen began her journey in the performing arts, starting in local theater productions. Over the next several years, Ferraro would actively perform in leading roles in both straight plays and musicals throughout Western MA and CT. At the ages of 14 and 16, respectively, she won awards in local theater competitions for Best Performance by an Actress for her role in "Artichoke" (dir. Carroll Britch) and Best Performance by a Supporting Actress for her role in "Graceland" (dir. Robert Freedman ). Upon high school graduation, she was the recipient of several art scholarships for her long-standing presence as a performer in theaters throughout Western New England with close to 50 roles under her belt.While a college student, she consistently played lead roles in summer stock, university musicals and was often a featured soloist in inter-collegiate chorale concerts. During this time, Ferraro was named one of the countries most talented college students by "Who's Who Amongst College and University Students." After graduating from Bay Path University, she headed to New York City where she studied the Meisner Technique at The Neighborhood Playhouse School of Theater. After completing the first year of the program, Ferraro was accepted as a 2nd year student among a small and select group of students. At the NP she studied with well-known industry powerhouses such as Richard Pinter, Ron Stetson, Gary Ramsey, Ian McRae, and Ron Shetler. Ferraro quickly began working professionally, after graduation and headed out on the National Tour of "To Kill a Mockingbird" in the lead role of "Scout." Following works included the leading roles in an independent-feature film, multiple NYC-area theater performances and spending lots of time learning on-set doing TV extra and stand-in work.After entering the corporate world, Ferraro spent time working as a successful business professional in the areas of creative direction, strategic marketing, and communications at companies such as NBC, Forstmann Little & Company, MassMutual and Cigna. While running her marketing firm, she was honored with the "40 Under 40" award for her business and non-profit contributions in New England under her former married name Kristen Kellner (Kellner Consulting). Ferraro also holds a BS, Business Mgt., from Bay Path University, Longmeadow, MA. In October 2018, Bay Path University presented Ferraro with its "Young Alumni Award" for her ongoing success in business, philanthropy and the arts.She makes her home in the Northeast, USA.