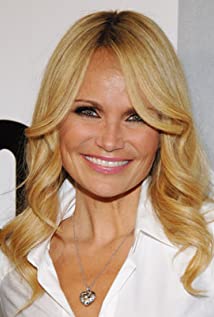 Kristin Chenoweth is an American stage, screen and television actress, though, depending on who you ask, Cheno fans may disagree on what her most famous roles are. Since Chenoweth began her career, she has been credited with roles in musicals and plays on and off-Broadway, on various television shows and can be seen in movies on television and the big screen. She has also lent her recognizable voice numerous times to animated features.Chenoweth was born in the small town of Broken Arrow, OK. Soon after her birth, Chenoweth was adopted by Jerry and Junie Chenoweth. She is very open about her adoption and has been known to support various adoption causes and organizations around the U.S. Although Chenoweth knows the backgrounds of her birth parents, she has commented that she has little interest in meeting them. The Chenoweth family includes older brother Mark. Chenoweth graduated from Broken Arrow High School and went on to study Musical Theater at Oklahoma City University. Under the guidance of Florence Birdwell, Chenoweth flourished in stage and vocal performance. She later received her Master's Degree in Opera Performance at OCU.An avid fan of all things Oklahoman, Chenoweth was inducted into the 2010 State Hall of Fame. Fans of Kristin Chenoweth, the stage actress, have seen her stealing performances in Steel Pier, Epic Proportions, and The Apple Tree. In 1999, Chenoweth received the Tony Award for her performance as "Sally" in "You're a Good Man, Charlie Brown". Chenoweth is well-known as the originator of "Glinda" in the 2003 mega-hit musical "Wicked". The role, written with Chenoweth in mind, earned her a Tony Award Nomination amongst many other accolades. Chenoweth returned to Broadway in 2010, alongside Sean Hayes in the Broadway revival of "Promises, Promises". In January of 2007, Chenoweth became the third musical theater performer in history to have a solo performance at NYC's Metropolitan Opera. She has also performed with various Symphonies around the world. Chenoweth has recorded 3 studio albums. Those who know Kristin best from her various television performances remember her as the quirky, down on love, "Olive Snook" on Pushing Daisies (2007). The role won Ms. Chenoweth an Emmy Award in 2009 for Outstanding Supporting Actress in a Comedy Series. The show, ultimately canceled shortly after its 2nd season, is still considered by Kristin to be one of her favorite characters to play.In 2001, Chenoweth starred in the short-lived NBC comedy Kristin (2001). She has also been seen on The West Wing (1999), Ugly Betty (2006) and has a recurring role on Fox's Glee (2009) as the recovering alcoholic has-been, but lovable "April Rhodes" . Her appearances on "Glee" earned her a 3rd Emmy nomination. Most recently, Ms. Chenoweth had a small part in the 2010 comedy, You Again (2010). She has also had roles in Four Christmases (2008), Deck the Halls (2006), Running with Scissors (2006) and Stranger Than Fiction (2006). In 2009, Chenoweth took on the challenging role as "Linda" in the film, Into Temptation (2009). Ms. Chenoweth is bi-coastal spending a good amount of time in both New York and Los Angeles.

David Foster: Off the Record

The Untold Story of the Sound of Music