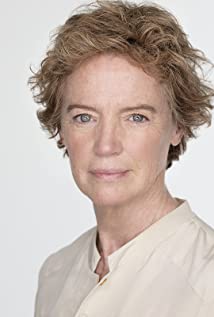 Kristin Griffith made her film debut as "Flyn," screen-actress sister to Diane Keaton and Mary Beth Hurt, in Woody Allen's Interiors. She was featured as "Lizzie Acton" in the Merchant Ivory film The Europeans, starring Lee Remick, and in Steven Soderbergh's King of the Hill, with Elizabeth McGovern and Spalding Gray. Other screen appearances include Rose Hill, starring Jennifer Garner, and The Long Way Home, with Jack Lemmon. She has guest-starred on the television series "Blue Bloods," with Tom Selleck, "New Amsterdam," "Third Watch" and all franchises of "Law & Order." Recently seen in the play Mary Broome at New York City's Mint Theater, she also played leading roles there in The Charity That Began at Home, Mr. Pim Passes By and The Truth About Blades. Ms. Griffith made her Broadway debut in A Texas Trilogy: The Oldest Living Graduate and LuAnn Laverty Oberlander, with Fred Gwynne and Diane Ladd. Her Off Broadway credits include Lucy Thurber's Bottom of the World and Marriage, both at the Atlantic Theater, "Lady Eastlake" in The Countess at the Beckett Theater, andThe Holy Terror, written and directed by Simon Gray at the Promenade. She has acted at regional theaters across the country in Ibsen's The Wild Duck (Bard Summerscape), Snow Falling on Cedars, An Enemy of the People and Three by Thornton Wilder (Baltimore Center Stage), Shaw's Misalliance (The Old Globe), Widower's Houses, Great Catherine and Thark (The Shaw Festival, Ontario), and was greeted with critical acclaim for her portrayal of Rose Mary Woods in Stretch: A Fantasia at the Ohio and the Living Theater. She is a member of Ensemble Studio Theatre and the Irish Repertory Theater, where she recently appeared in It's A Wonderful Life.

The Girl from Plainville