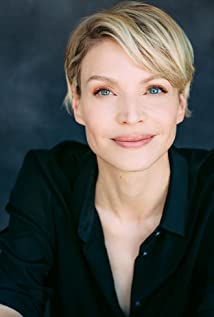 Kristin Lehman is an award winning film and television actress, producer and director. Having top lined the multiple award nominated police procedural drama Motive (2013) (NBCU International/Bell Media) for four seasons on CTV from 2012 - 2016. Kristin holds the distinction of being the first Canadian actress to star in, produce and direct a major Canadian network television show. Prior to her successful four seasons on the internationally acclaimed Motive, audiences will remember her from seasons one and two of AMC's critically heralded, The Killing (2011). Most recently Ms. Lehman stars in season one of Netflix's highly original series, Altered Carbon (2018).In the course of her twenty - three year career as an actress Kristin has worked alongside and opposite some of her generation's most exciting actors such as Colin Firth, Javier Bardem, Benicio Del Toro, and Dame Helen Mirren to name a few. She's had the pleasure of observing award winning directors first hand; working closely with Patty Jenkins (The Killing, Monster, Wonder Woman), Angieszka Holland (Europa, Europa), Christopher McQuarrie (Mission Impossible V, VI) and most recently Miguel Sapochnik (Game of Thrones) as well has countless talented veteran and award winning episodic television directors and Cinematographers.With over two hundred and seventy- two episodes of television and roughly 35,000 hours logged on sets as a leading actress, Kristin has developed a deep and connected understanding of both sides of the camera. She naturally brings with her a commitment to character, narrative and script, combined with an evocative visual language and innate knowledge of the camera.Her directorial debut, Motive: The Dead Name (2016), was nominated for a Leo Award in the category of Best Direction in a Dramatic Series and also garnered an acting nomination in the category of Best Guest Performance by a Female in a Dramatic Series, for actress Kristine Cofsky. She has gone on to direct six more episodes of television for SyFy, Netflix, and Can West Global Communications.