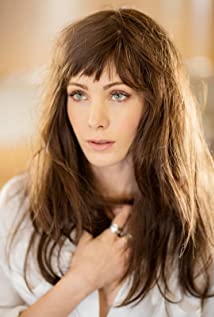 Ksenia Solo is a Latvian-Canadian actress. She was born in Riga, Latvia in to an artistic family. She is a recipient of many prestigious Canadian awards, including 3 Gemini Awards and a nominee of the first ever Canadian Screen Awards. Ksenia was the youngest actor in Canadian television history to win two consecutive Gemini Awards.Solo is a highly versatile actress that comes from a classical ballet background. She is best known for playing the ambitious 'Veronica', rival to Natalie Portman's 'Nina' in the 5-time Oscar nominated film Black Swan, manipulative and disturbed 'Holly' opposite Dominic Monaghan in the psychological thriller Pet, and young and innocent 'Lucy' opposite Maria Bello in In Search of Fellini.Solo's ability to transform has also earned her critical acclaim for her roles on television including fan favorite 'Kenzi' in the fantasy-noir Syfy hit Lost Girl, real life socialite and wife of America's most infamous traitor 'Peggy Shippen' alongside Jamie Bell in AMC's historical drama TURN: Washington's Spies and Cosima's romantic love interest 'Shay' opposite Tatiana Maslany in BBC's Orphan Black.No stranger to the comic book world, Ksenia played Dodge in the highly anticipated FOX/DreamWorks comic book adaptation of Locke & Key, which was executive produced by Steven Spielberg, Alex Kurtzman, Roberto Orci, and directed by Mark Romanek. Her other work includes starring on CW's Life Unexpected alongside Brittany Robertson, Shiri Appleby and Austin Butler and playing Stephen Colbert's daughter in the The Ron Howard produced pilot The Untitled Ken Finkleman project, to name a few.Solo's most recent indie feature, Tulipani, Love, Honour and a Bicycle, directed by Oscar winner Mike Van Diem, received a standing ovation at its world premiere at the 2017 Toronto International Film Festival. Ksenia had to learn Italian for her role in the film.In 2018 Solo was offered the role of Susie Miller in History Channels Project Blue Book, produced by Academy Award Winner Robert Zumeckis. The show premiered on January 8th, 2019 and became a break out hit as the most watched show on cable television. Project Blue Book was picked up for season 2 and will begin filming in the summer of 2019.