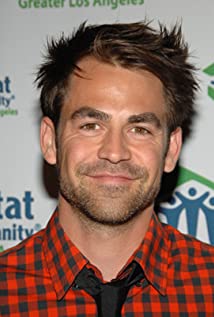 Kyle grew up in Loveland, Colorado. Kyle's first job was in a dinner theater in nearby Fort Collins; where he worked during the ages of 13-14 years old. During the summer, Kyle acted in many plays at the Carousel Dinner Theatre. He has appeared in "The Sound of Music", "The Best Christmas Pageant Ever", "The Unsinkable Molly Brown", "Charlie & the Chocolate Factory", and many more. In the fall, Kyle worked in the theater as a busboy. He discovered his ambition to act during the time period of his first and second plays. He also worked for the Reporter-Herald and ran a paper route to earn money so that he could buy a car to drive out to LA.Kyle guest-starred on the television series Chicago Hope (1994) on December 6, 1996. He then went on to star in his first feature film House Arrest (1996). He immediately followed up with starring roles in three more upcoming features: The Paper Brigade (1996), Address Unknown (1997) and Robo Warriors (1996). Since then, Kyle has completed a leading role in the feature film Skeletons (1997), starring Ron Silver.In 1998, Kyle acted on the Love Boat: The Next Wave (1998), the TV remake of The Love Boat (1977). In 2000, he co-starred on the acclaimed series Grosse Pointe (2000), a clever satire based on behind-the-scenes actions on Beverly Hills, 90210 (1990). Incidently, Darren Star was executive producer of both of these shows. It ran for 17 episodes.