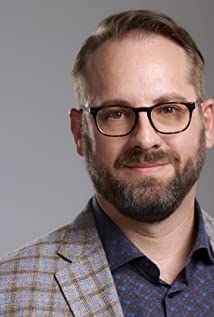 A co-owner in one of Canada's largest production companies, Indigenous owned Eagle Vision, Kyle Irving O.M. has produced more than 270 hours of film and television content over the last 20 years.Some of his TV Executive Producer credits include: season one of the upcoming Paramount+/CBC scripted medical drama series Skymed which is being distributed by CBS Studios; four seasons of the scripted series Burden of Truth for CBC, The CW, Hulu and Universal UK and distribute by eOne; the iconic international hit factual series Ice Road Truckers for History Channel and sold to 80+ countries by AETV International; the upcoming comedy series for APTN Lumi DJ Burnt Bannock; and the just released doc series 7TH GEN for APTN.His recent feature film credits include Executive Producer along with Taika Waititi on Night Raiders nominated for 11 CSA's, including Best Motion Picture; Executive Producer on the upcoming Orphan: First Kill; Producer on the upcoming Diaspora written and directed by two time TIFF winner Deco Dawson; and Producer on the upcoming Madison Thomas directed feature film Finality of Dusk. He is Executive Producer on the feature doc Buffy Sainte-Marie: Carry it On due for release in 2022.His other various feature film producing credits include Oscar winner and five-time nominee including for Best Picture Capote; Blue State; Walk All Over Me; Reasonable Doubt; Lovesick and the seminal and timeless feature docu-drama We Were Children.Collectively, Irving's productions have been nominated for thirty Canadian Screen Award's with three wins, five Oscar's with one win, five BAFTA's with one win, five Independent Spirit Awards with three wins, one Golden Globe win, five Shorty Awards with two wins and one Cinequest audience choice award.Having worked with the Indigenous community alongside his business partners Lisa Meeches and Rebecca Gibson for nearly 20 years, Irving has a strong focus on championing underrepresented talent development and has mentored and supported numerous emerging writers, directors, producers and crew. He is also a strong supporter financially and in-kind to independent films, supporting the hungry and homeless, the Jack Jacobs Scholarship, the Carole Vivier Scholarship for Women in Film, and was honored by being named to the Order of Manitoba in 2021.

Walk All Over Me