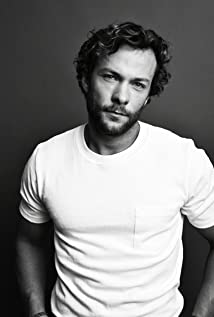 Kyle Schmid was born in Toronto, Ontario, Canada. He is best known for History's "SIX", BBC America's "COPPER" and a number of feature films including David Cronenberg's "A HISTORY OF VIOLENCE".He has been acting for a majority of his life. An early career in television lead way to Disney films and a number of Lifetime films for which he garnered a nomination for a Young Artist Award. Well known for playing Henry Fitzroy in the Lifetime series "BLOODTIES", he went onto take on the role of Henry Durham, in the Syfy Channel series "BEING HUMAN" and the role of Robert Morehouse in the BBC America series "COPPER". Kyle focused on film for a number of years following building leading characters until he landed the role of Alex Caulder in History's well respected, "SIX".Most recently Kyle can be seen portraying Charlie Dick, in the Lifetime film recently nominated for 5 Critic's Choice Awards, "PATSY AND LORETTA". He also recently wrapped the new Netflix series, "I-LAND" in which he plays Moses and will be seen in "10 MINUTES GONE" along side Micheal Chicklis and Bruce Willis.