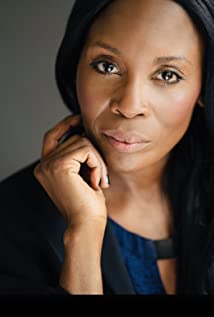 Lanette is a Lifetime Member of the Actors Studio, NY/LA, born and raised on the Upper East Side of New York City. Hired for her first commercial at age 3, she began studying piano at age 6 and violin at age 13. Although a music major at The Fiorello LaGuardia High School of Music and Art, NY, it was during her drama courses at Marymount College in Tarrytown, NY and London, UK, that she would discover her passion for classical literature and theater. Upon graduating with a B.A. in Drama, she launched her acting career which resulted in numerous co-star, starring, guest star and featured roles in television, theater and film. She is a licensed Red Cross instructor and certified basic Spanish teacher. She created, wrote and directed the pilot episode of, "Effections", a television series as well as "Small Change", a hunger awareness short film for the NJ Coalition for the Arts which was given a special recognition award.Lanette has co-written and starred in "The Janet Project" a mockumentary short which screened in over 10 film houses in both New York and Los Angeles. She has been a Disc Jockey at 1340 WNHC New Haven, CT. She supports "Create Now!", a Los Angeles based mentorship program designed to aid disadvantaged youth through the arts. She has studied image consulting at The Fashion Institute of Technology, NY, has co-directed "Lysistrata D.C." a play for peace at The Electric Lodge in Venice, CA and helped develop the leading role in playwright John Henry Redwood's (The Old Settler) final theatrical work: "An 'Ole Soul, A Young Spirit" which was work-shopped in New Harmony, IN.She has co-created/co-written an original sci-fi drama series with Ms. Melodie Krieger, ("Donovan's Echo") and attached Integral Artists to the project.

Twinkle All the Way

Four in the Morning

Surge of Power: Revenge of the Sequel