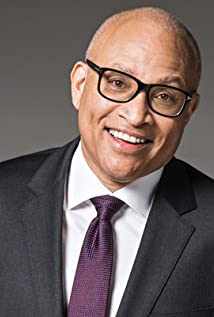 Larry Wilmore was born in Los Angeles and grew up in suburban Pomona. He graduated from Damien High School in La Verne in 1979. He studied theatre at California State Polytechnic University but dropped out because he wanted to get his Actors' Equity Association card and begin his career as a stand-up comedian. He began his acting career in the 1980s on shows like The Facts of Life (1979) and Sledge Hammer! (1986) but was then always miscast.He got his behind-the-scenes career started on Into the Night (1990) as a writer. He also wrote for a sketch comedy, In Living Color (1990), and a sitcom, The Fresh Prince of Bel-Air (1990). He created (with Eddie Murphy and Steve Tompkins) and produced The PJs (1999), a prime-time animated series. He also created and executive produced The Bernie Mac Show (2001), which won him an Emmy for writing. He executive produced Whoopi (2003), a sitcom developed by Whoopi Goldberg. He was a consulting producer on the first three seasons of The Office (2005). He is also an executive producer on Black-ish (2014).In 2006, he began appearing on Comedy Central's The Daily Show (1996) as the Senior Black Correspondent. His many guest starring roles on various TV shows include Mr. Brown, a diversity consultant on The Office (2005), Dr. Roland on Accidentally on Purpose (2009), The Boss on Love Bites (2011), Mr. Forristal on Happy Endings (2011), and the voice of Principal Larry on Penn Zero: Part-Time Hero (2014). He has also appeared in movies, including I Love You, Man (2009), Dinner for Schmucks (2010), Vamps (2012), and Date and Switch (2014).After Stephen Colbert left Comedy Central and The Colbert Report (2005), Larry was announced as the host of the new show, titled The Nightly Show with Larry Wilmore (2015). Since the beginning of 2015, he has hosted, been one of the executive producers, and one of the writers on the show. He is also the host of 2016 White House Correspondents' Association Dinner (2016). In 2009, he wrote a political humor book, "I'd Rather We Got Casinos: And Other Black Thoughts".

Night of Too Many Stars: America Comes Together for Autism Programs