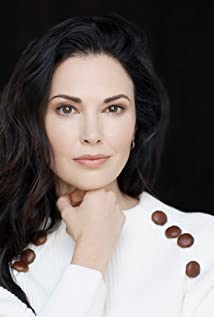 Laura Mennell is a Canadian actress who grew up in Mission, British Columbia. Over the past decade, she's built a successful and busy career and is best known for her work on shows like Syfy's Alphas (2011) and Haven (2010), A&E's Emmy Nominated Flight 93 (2006), as well as Warner Brothers blockbuster Watchmen (2009). She's also had reoccurring and guest starring roles in shows like Motive (2013), Fringe (2008), Supernatural (2005), Smallville (2001), When Calls the Heart (2014), among others. Another highlight in her career included working with The Electric Company and The Arts Club Theatre's Tear The Curtain! in Vancouver in 2011, and remounting the production at Toronto's Canadian Stage in 2012. For her performance in Tear The Curtain! she was nominated for a Jessie Richardson Theatre Award for best performance by a female lead. Additionally, she was also nominated for a Leo Award for best performance by a leading lady for Alphas (2011). Along with Ms. Mennell's love of performing, she's also fluent in French-having attended French Immersion schools throughout elementary and high school.