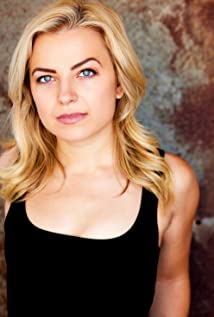 Lauren Elyse Buckley grew up in Chicago, Illinois. She began acting in local theatre in the first grade. In high school, Lauren completed summer theatre intensives at USC, UCLA, and Northwestern University before moving to Los Angeles in 2012 to attend Loyola Marymount University to study theatre and screenwriting.In addition to participating in the university's theatre productions, she also appeared in numerous films, new media projects, and television shows during her undergraduate career. She was nominated for and competed in the Irene Ryan Competition at the Kennedy Center American College Theater Festival in 2015 for her performance in LMU's New Works Festival.She studied play writing under Academy Award nominee, Tony nominee and Pulitzer Prize winner Beth Henley at LMU, where Lauren wrote and directed her first one act play, The Shiva. In addition to acting, she continues to write, produce, and direct with her own projects.

It's Still Your Bed

You Can Do Better