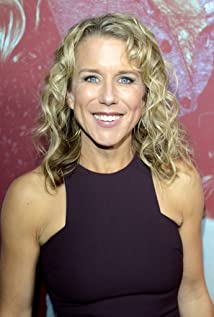 Lauren is an award winning comedic actress, playwright and author. Her first show, HOMECOMING began as a 15 minute performance art piece at Seattle's On the Boards and went on to go off-Broadway in NYC. BUST, about her work in the LA county jail was awarded a Macdowell fellowship for playwriting by the Alpert Awards as well as several 'best of the arts' across the nation. She has written and performed 9 solo plays. HOMECOMING, AMSTERDAM, IF ORNAMENTS HAD LIPS, HUU, RASH, WRECKAGE, BUST, NO...YOU SHUTUP-a piece commissioned by Boise Contemporary Theater and directed by Jeff Weatherford. Most recently THE PEOPLE'S REPUBLIC OF PORTLAND for Portland Center Stage. Her television credits include The Daily Show, True Blood, United States of Tara, Reno 911, Curb Your Enthusiasm, New Girl, Arrested Development, Horny Patty on HBO's HUNG. Film credits include Imagine That, Date Night and Judd Apatows "A Five Year Engagement" starring Jason Segal. Weedman's first book, A Woman Trapped in a Woman's Body: (Tales from a Life of Cringe), is a collection of comedic essays and was named by Kirkus Review as a top ten Indie book for 2007 and currently she is working on a second book of essays about for Plume due out 2014. Weedman lives in Santa Monica and is the host of the popular Moth Storytelling series in LA.