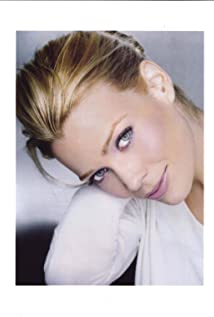 Laurie Holden is best known to audiences as Andrea in the hit AMC drama series The Walking Dead. However, Laurie's big acting break came much earlier in her career, starring with Vanessa Redgrave in the critically acclaimed TNT mini-series Young Catherine. Since that auspicious beginning, she has appeared in several groundbreaking television series, including seminal roles on FOX's The X-Files, FX's The Shield, and currently FX's The Americans. Holden's big screen debut found her starring alongside Jim Carrey in Frank Darabont's The Majestic. The 1950's period piece earned Holden critical acclaim and a place on Entertainment Weekly's "100 Most Creative People in Entertainment" list and Variety's "Ten Actors To Watch" list. Laurie entered the comic book world when she co-starred opposite Michael Chiklis in Fox's Fantastic Four and then ventured into the gamer genre with her starring role as the iconic Cybil Bennett opposite Sean Bean in Christophe Gans' cult horror classic Silent Hill. She also starred with Thomas Jane and Marcia Gay Harden in Stephen King's sci-fi thriller The Mist and in the Farrelly Brothers' Dumb and Dumber To with Jim Carrey and Jeff Daniels. She will soon be seen in Adam MacDonald's Pyewacket with Nicole Munoz and will be voicing the role of "Dakota" in the animated feature Arctic Justice: Thunder Squad. In 2011, Holden received two Best Supporting Actress nominations for her work on The Walking Dead: one from Spike TV's Scream Awards and another from the Academy of Science Fiction, Fantasy and Horror Films' Saturn Awards. She won the Saturn Award for Best Supporting Actress for The Walking Dead in 2013. Earlier in her career, she also received a Best Actress nomination from the Genie Awards (Canada's equivalent to the Emmys) for her guest- starring role on the Canadian comedy hit Due South. In 2014, Holden executive produced her first motion picture: Rebecca Johnson's critically acclaimed film Honeytrap, which garnered a nomination at the London Film Festival, received U.S distribution through Ava DuVernay's film collective ARRAY, and can currently be streamed on Netflix. Laurie is also an Executive Producer on The Time of Their Lives (Bright Pictures/Daryl Prince Productions) starring Dame Joan Collins, Pauline Collins, Franco Nero and Joely Richardson. The film will be distributed by Universal in most world markets, starting with its 2017 cinema release in the UK on March 10th. Holden is also a human rights activist, and dedicates much of her time and effort to enriching and protecting the lives of women and children victimized by the sex trade. Through her philanthropic work with Operation Underground Railroad (O.U.R.) a non-profit organization dedicated to eradicating modern day slavery, she volunteered in the field in Cartagena, Colombia with O.U.R. on a mission that helped liberate 55 young sex slaves and brought down notorious sex trafficker Marcus Bronschidle. The successful sting operation was featured on ABC's Nightline and is the subject of an upcoming documentary entitled The Abolitionists. Holden serves on the Board of Alamasi Collaborative Arts, a Zimbabwean dramatic arts collaborative. She also actively supports HomeFromHome, a South African non-profit NGO that provides shelter and education for orphans infected and afflicted by HIV.