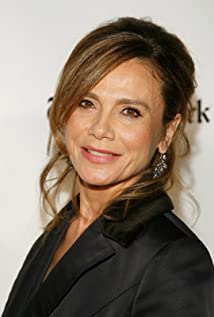 Swedish-born Lena Olin already had a successful career as an actress before she came to Hollywood. She acted at the Royal Theatre in Stockholm and was directed by Ingmar Bergman. She was born in Stockholm, to actors Britta Holmberg and Stig Olin, who appeared in six of Bergman's films. Lena also belongs to the Bergman "family". As a young actress, she played in the great classics of William Shakespeare, Henrik Ibsen and August Strindberg. She made her international debut as a movie actress in After the Rehearsal (1984) (aka "After the Rehearsal"), directed by Bergman. In western Europe, she became well-known in the political movie The Unbearable Lightness of Being (1988) as "Sabina", in a story about the Prague spring (1968). After coming to the US, she played mostly distinguished, exotic temptresses, intelligent women and crude vamps. Bergman had developed Lena's artistic gift to play different human emotions and express them in a subtle way. Sydney Pollack, director of Out of Africa (1985), rewrote the screenplay for Havana (1990) especially for her. This explains why this film recalls associations with the classic Casablanca (1942), starring Ingrid Bergman, also from Sweden. Olin received an Academy Award nomination for Best Supporting Actress for her role in Enemies, A Love Story (1989). She went on to have a choice role in Chocolat (2000), which received a Best Picture Oscar nomination, and received a Screen Actors Guild Award nomination. She made a move to the smaller screen and played the role for one season as the deliciously evil "Irina Derevko", the mother to Jennifer Garner's "Sydney Bristow" in the series Alias (2001). Olin received an Emmy nomination for Outstanding Supporting Actress in a Drama Series.

The Devil You Know