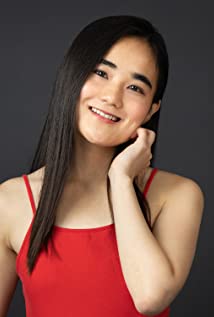 Leon Masuda was born in Tokyo, Japan. Her mother, Rina Akamine, was a model and former Miss Japan 1999. Leon is an only child and is fluent in Japanese and English.Leon started modeling and acting as an infant. As a child actor, she has worked steadily in television shows, music videos, fashion shows, commercials, magazines, and other events. Commercially, she modeled for GUCCI Children, TOYOTA, and many magazine covers with her mother. She was also the first UNICEF Kids Ambassador in Japan. In 2014, her talents and outgoing personality saw her star as the lead actress in the film An American Piano (2014). The film was released at Cannes Film Festival and worldwide, receiving Best Film in Documentary at Navi Mumbai International Film Festival.In 2016, Leon moved to Beverly Hills, California after growing up in Japan. Besides acting, she is a highly talented ballerina, a top swimmer, and a talented painter using traditional Japanese ink techniques Sumie. In her free time, Leon collects manga/comic books and is an avid LEGO builder.In high school, she founded and became the President of an Anime Club. This was the first time Anime Club was founded since the opening of Beverly Hills High School in 1927, let alone being a native Japanese. This prompted her club to officially get invited to join the Anime Club Union, formed by all the California high school and college Anime Clubs. She reveals that she was the only girl in her club, which was very unfortunate. She is currently a member of the University of California, Irvine Anime Club. Her favorite anime includes Anohana: The Flower We Saw That Day (2011), Attack on Titan (2013), Code Geass (2006), My Hero Academia (2016), Naruto: Shippûden (2007), Your Name. (2016), and Yowamushi Pedal (2013). As a young Japanese actress from Japan, Leon is very passionate about representation and telling authentic stories through her work. She firmly believes that Japanese pop culture is an important bond and bridge between the Japanese and people around the world.Leon graduated from Denenchofu Elementary School in Tokyo, Japan, in 2014, Horace Mann School, Beverly Hills in 2016, and Beverly Hills High School in 2020. She is currently attending the University of California, Irvine (October 2020 - Present) to study mathematics.