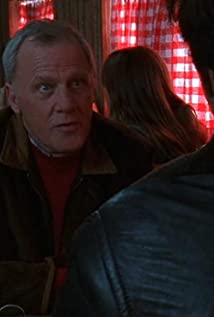 Best known as Prison Break's General Jonathan Kranz (Padman) and the Malibu police chief in The Big Lebowski, Russom was, for twenty-two years, a New York stage actor whose day job was soaps, with long tenures as Joe Taylor on Love Is A Many Splendored Thing, Willis Frame on Another World and Jack Darling on All My Children. The feature No Way Out brought Russom to Los Angeles in 1987. A year later, after starring opposite Carol Burnett in Hostage, he moved to LA permanently to star in NBC's TV101. Emmy-nominated for the television film Long Road Home, Russom has continued his theatrical activity in Los Angeles (and Broadway) while establishing himself as a presence in episodic television and feature films, including True Grit, his second film with Joel and Ethan Coen.