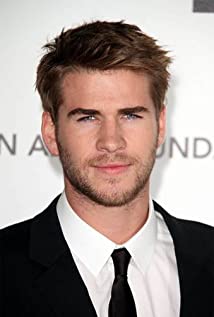 Liam Hemsworth was born on January 13, 1990, in Melbourne, Australia, and is the younger brother of actors Chris Hemsworth and Luke Hemsworth. He is the son of Leonie (van Os), a teacher of English, and Craig Hemsworth, a social-services counselor. He is of Dutch (from his immigrant maternal grandfather), Irish, English, Scottish, and German ancestry. His uncle, by marriage, was Rod Ansell, the bushman who inspired the film Crocodile Dundee (1986).The Hemsworth family lived primarily on Phillip Island, a small island located south of Melbourne. Following in the footsteps of his older brothers, who went into acting in their teens, Liam scored his first audition at age sixteen and appeared on the Australian TV series Home and Away (1988) and McLeod's Daughters (2001) before taking on a recurring character role on the soap opera Neighbours (1985), in which his brother Luke had also appeared. Roles on TV shows The Elephant Princess (2008) and Satisfaction (2007) followed before Liam moved to the United States to pursue a big-screen career.After suffering two setbacks - his character was written out of the script for The Expendables (2010) days before filming and he lost the title role of Thor (2011) to his brother Chris - Liam was cast opposite Miley Cyrus in the Nicholas Sparks drama The Last Song (2010). The two, who played love interests in the film, soon started dating, and Liam appeared in Cyrus' music video "When I Look at You." Following that film's modest commercial success, and the attendant press coverage of his rising career and high-profile romance, he was almost immediately thrust into leading man status, and was cast as Gale Hawthorne in the big-screen adaptation of the best-selling novel The Hunger Games (2012). Following the blockbuster success of that film, Liam nabbed a number of roles, including a supporting part in The Expendables 2 (2012) and leading roles in the war drama Love and Honor (2013), the crime drama Empire State (2013), and the thriller Paranoia (2013). He reprised the role of Gale Hawthorne in The Hunger Games: Catching Fire (2013), The Hunger Games: Mockingjay - Part 1 (2014), and The Hunger Games: Mockingjay - Part 2 (2015), played a hero fighter pilot in Independence Day: Resurgence (2016), a period Australian in The Duel (2016), and a romantic comedy archetype opposite Rebel Wilson in Isn't It Romantic (2019).Hemsworth married American singer and actress Miley Cyrus in December 2018, after a decade-long courtship.