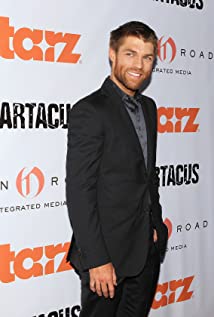 Liam McIntyre is an Australian actor best known for playing the lead role in the Starz television series Spartacus: Vengeance and Spartacus: War of the Damned. McIntyre began his career acting mainly in short films, before performing guest roles in Australia's popular television series Rush and Neighbours. McIntyre made his US television debut guest starring in an episode of the award nominated HBO mini-series The Pacific. After his 2010 diagnosis of Non-Hodgkins lymphoma, original Spartacus lead actor Andy Whitfield took what was intended to be a temporary break from filming the title role for the Starz television series. Whitfield later withdrew from the role entirely when his cancer recurred, prior to his death. He was then replaced by McIntyre, who performed the title role for the remaining two seasons. Production on the second season of Spartacus resumed in the fall of 2011 and the series premiered on 27 January 2012.

This Little Love of Mine

The Wizards of Aus