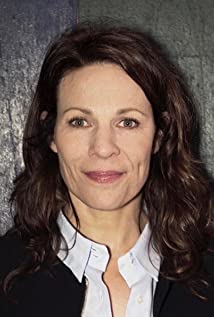 Lili Taylor is a well-known and successful American actress. She acts in film, TV and stage. She was born in Glencoe, Illinois, to Marie (Lecour) and George Park Taylor, an artist and hardware store operator. Lili graduated from New Trier High School in 1985. Then, she attended the Theatre School at DePaul University and the Piven Theatre Workshop. Lili first earned fame for acting in the 1988 movie, Mystic Pizza (1988), which co-starred Julia Roberts. Then, she acted in a number of successful movies, including Dogfight (1991) and Short Cuts (1993). But, she was more highly recognized for appearing in the 1996 film, I Shot Andy Warhol (1996), for which she was nominated for several awards. Lili's notable works for television include the TV series, Six Feet Under (2001), and in the television movies, Anne Frank: The Whole Story (2001) and Live from Baghdad (2002). In 2009, she played "Sheriff Lillian Holley" in the movie, Public Enemies (2009). The movie co-starred Johnny Depp, with whom Lili also appeared in the 1993 movie, Arizona Dream (1993). Lili is also a successful stage actress. She has appeared in a number of plays staged on Broadway, including "The Three Sisters" (1997). Lili Taylor continues to act in stage, TV and film. She is married to Nick Flynn and they have a daughter.